​A partner at the Madison law firm of Burns Bowen Bair, which he founded. Prior to that, he was a partner at Perkins Coie LLP.
​He is the former co-chair of the Insurance Coverage Litigation Committee of the American Bar Association. He has been involved in many professional organizations, and serves on the American Constitution Society for Law and Policy Board of Directors.​
Marisol ​González Castillo 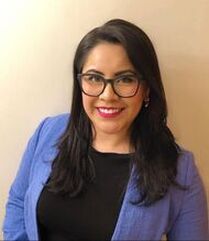 Associate attorney at Hawks Quindel’s Madison office. She represents individuals in personal injury, workers compensation, and consumer law.
A native of Mexico City, she proudly represents clients in both Spanish and English. Previously, González Castillo practiced law in Milwaukee,
where she provided free legal representation to low-income individuals in the areas of housing and consumer law.
González Castillo is an active member of the community, volunteering with the State Bar of Wisconsin, the Latinos United for College Education Scholarships Board, and the International Practice Section Board, the Diversity Scholarship Foundation, the Ready Set Practice program
for law students, and Wisconsin Dreamers. One of González Castillo’s passions is to help the movement to increase diversity in the legal field.
​To her this means not only increasing the diversity in those practicing law but also in those able to access the legal system. She pursues this passion by volunteering as a mentor and reaching out to first generation students and students who have been historically excluded from the legal field. She also conducts presentations in Spanish in her areas of practice to reach Spanish speaking individuals all over the state and inform them of their rights. González Castillo was recognized as the 2022 Diversity and Inclusion Trailblazer by the State Bar of Wisconsin and is a Wisconsin Law Foundation Fellow.
​Joseph J. Czarnezki

​Elected to the Milwaukee County Board in 2020. Prior to that, he served as Milwaukee County Clerk from 2008 to 2016.
He also has served in the Wisconsin Assembly and Wisconsin Senate. Czarnezki worked for the City of Milwaukee in a number of capacities, including deputy director of the Department of Administration, health commissioner, intergovernmental relations director, executive director of ​the Fire and Police Commission, and budget director. ​
James Gramling

​​
​Retired Milwaukee Municipal Court judge long active in local and state justice issues. Before he was elected to the bench, he worked at the Legal Aid Society in Kansas City, MO, and then Milwaukee Legal Services (later Legal Action of Wisconsin). He has served as the president of the Wisconsin Access to Justice Commission and as a volunteer with the Center for Driver's License Recovery and Employability.
​​Robert Hampton III
Paul Higginbotham Retired judge that served on the Wisconsin Court of Appeals (District IV) from 2003 to 2017, the Dane County Circuit Court from 1994 to 2003, and the City of Madison Municipal Court from 1992 to 1993. Prior to joining the Dane County bench, Higginbotham was Acting Executive Director of the Madison Equal Opportunities Commission and the Dane County Minority Affairs Coordinator. He previously practiced law in Madison at Reynolds, Gruber, Herrick, Flesch & Kasdorf and Borns, Macauley & Jacobson and was a staff attorney at the Legal Aid Society of Milwaukee, Inc. Higginbotham has taught as an adjunct professor at the University of Wisconsin Law School.
Craig Johnson - Board President 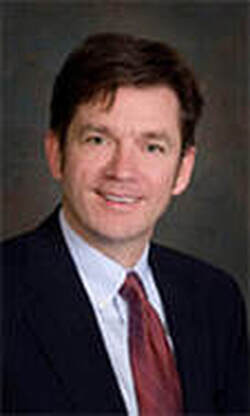 ​Attorney with the Milwaukee law firm of Sweet and Associates, has been practicing criminal law for 20 years. He also handles employment and labor law. Craig is a frequent presenter at continuing legal education seminars.
Fred Kessler

​​A former Wisconsin legislator and Milwaukee County circuit judge.  He also has worked as a lawyer, labor arbitrator and redistricting consultant. ​He has been active in several Wisconsin organizations, including the ACLU of Wisconsin, World Affairs Council of Milwaukee and the Wisconsin State Historical Society.
Gabriela Leija

​
​Gabriela Leija joined the Federal Defender Services of Wisconsin team in November of 2016. Gabriela’s passion for criminal defense began over a decade ago. She has served the indigent population of Milwaukee as a legal assistant, client services specialist, and finally as an attorney for the Wisconsin State Public Defender’s Office. She is a 2014 graduate of Marquette University Law School.
Edgar Lin

An attorney and state policy advocate at Protect Democracy. He previously worked at Ahmad & Associates and the Buting, Williams, & Stilling law firms, practicing civil rights and criminal law. Prior to that he was a public defender in the Wisconsin State Public Defender's Office, MilwaukeeTrial Division. In 2014, he was named an Up and Coming Lawyer by the Wisconsin Law Journal. Before attending the University of Wisconsin Law School, he worked in the financial sector in Hong Kong and Tokyo.
Terrence Polich

Director of Legal Action of Wisconsin’s Eviction Defense Project.  Raphael graduated from Marquette University Law School in 2008 and worked as an environmental attorney with Quarles & Brady for six years and GE Healthcare for two years before joining Legal Action in 2016.  Throughout his career, Raphael has emphasized the pro bono component of his practice through clinic work and extended representation in volunteer prisoner rights.
​Roy Rogers 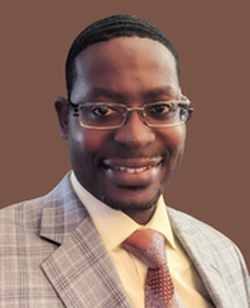 ​Data Solutions Processor at Quad Data Solutions. He also is the Preentry and Reentry Liaison and an information analyst for the nonprofit organization The Community as well as a public speaker and advocate with the Wisconsin Alliance for Youth Justice (WAY J). Rogers committed himself to juvenile justice issues while serving 28 years as a juvenile lifer in the Wisconsin prison system; he now counsels and mentors at-risk youth. He is committed to the philosophy of restorative justice, criminal justice reform, and second chance opportunities for juveniles waived into adult court and sentenced as adults. Roy is a musician at the Progressive Baptist Church.
Emma Shakeshaft - Board Vice President

​Staff attorney with the American Civil Liberties Union – Wisconsin. Her focus areas are racial justice, criminal justice, the criminalization of poverty, and policing. Emma is a graduate of the University of Wisconsin Law School. She also  holds doctorate and master's degrees in sociology from UW-Madison.
UA-70679481-2