Andre Jacque (R-DePere)
​Finally, a few committee members expressed concern that sexts or innocent, "baby in the bathtub" photos may be prosecuted as a result of enactment of SB 68. While those concerns are well-founded, we would like take the opportunity to reiterate and emphasize that sexts and "baby in the bathtub" photos may be subject to child pornography charges under current law. The bill, and substitute amendment, do not affect the prosecutorial discretion district attorneys currently enjoy. In fact, this definition may provide comfort to parents who have innocent photos of their children in the nude in their possession as the proposed definition of "lewd exhibition of intimate parts" requires the person be "posed as a sex object or in a way that places an unnatural or unusual focus on the intimate parts." It is also important to note, as the State Supreme Court did in its Petrone  ( State v. Petrone, 1991) decision, that a jury of one's peers and common sense is the ultimate arbiter in these cases.

Brown County Sheriff's Lt. Jim Valley:  This law will help close a loophole in the Child Pornography Statue. Imagine a child that is forced have photos taken of her/him. The photos are of her/him nude with her/him privates as a key focus of the picture. However she/he may have a dance ribbon in her/him hand and the photo is made to look like dancing or art. We all know the focus is on the child's privates and the images will be shared with others that are interested in the children. These images maybe actually shared over 100 thousand times in the next 3 months. Currently these images are not illegal. Why? Because she/he was not in the image engaged in sexually explicit conduct. However she is being shared and individuals are gratifying themselves by looking at her nude body. She cannot get these images back and will be a victim the rest of her life.

This bill helps change this. The individuals we are arresting that have these images are the ones currently sexually assaulting children and preying on them. Let's be honest this bill doesn't make bathtub pictures illegal or something similar that mom and dad take. We have to use common sense and the bill would require it to be portrayed in a sexually suggestive manner or imagery.

The City of Milwaukee and the Wisconsin Chiefs of Police Association Inc. supported the bill. No one registered against it.

ACLU of Wisconsin: Because AB 71's effort to criminalize possession of representations of minors portrayed in a "sexually suggestive manner" poses serious First Amendment concerns, we respectfully urge the Committee to oppose this bill.

This bill, as drafted, is hopelessly vague. For example, how is an individual supposed to determine, on pain of imprisonment for up to twenty-five years, whether a representation of a child is "sexually suggestive"? We have seen children in other states prosecuted under the current child pornography definition when minors take pictures of themselves with their cell phones and share them with each other. This bill would compound those problems further by increasing the universe of images people are prohibited from "possessing or accessing," and could affect the lives of countless minors who are foolishly sending one another images that fall within this overly broad definition. The way in which young people use social media like Facebook, Snapchat, or Instagram make them easy venues to inadvertently snare them in the criminal justice system.... 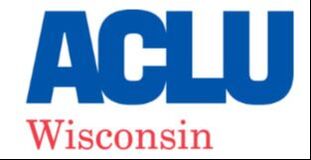 Similarly, this bill criminalizes images based solely on the thoughts of the possessor. This is problematic.' For example, two people take an identical photograph of high school gymnasts "partially clothed" as permitted during a gymnastics meet. One person is a sports photographer who takes the picture for the purpose of publishing it in a blog about gymnastics that is free to the public. The other person takes the same picture depicting the gymnasts "to concentrate prurient interest on the child." Under the bill, to possess and distribute the first photograph, including to the public, is perfectly legal, but to possess and distribute the second is criminal. The photographs are indistinguishable, so this criminality is based solely on one's supposed and subjective mindset.